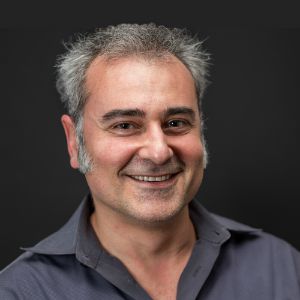 Dr. Yeretsian received his M.D. degree from New York University School of Medicine in 2002, and completed his psychiatric training at Harvard Medical School. He completed additional training at the Center for Psychoanalytic Studies at Massachusetts General Hospital, and he is a diplomate of the American Board of Psychiatry and Neurology. In his approach, psychotherapeutic interventions and medication based treatment options will be considered in helping you achieve your specific goals. Dr. Yeretsian works with individuals facing anxiety and relationship, performance, or work-related challenges. He offers short-term, psychoanalytically oriented psychotherapeutic interventions for individuals diagnosed with panic disorder, while offering carefully chosen medications to enhance function and hasten recovery. He is a Fellow of the American Psychiatric Association, a member of the American Group Psychotherapy Association, and he is a Psychotherapist Associate of the American Psychoanalytic Association.

ADHD in College Women: 5 Things You Should Know Stop me if you’ve heard this one: a hard-working, successful young woman heads off to college…and everything falls apart. Not that funny, right? Unfortunately, for many women with ADHD, this is their story. Whether it’s when they make the jump to college life, or when they […]

In July 2016, the American College of Physicians (ACP) conducted a review of randomized, controlled trials for insomnia treatment in English occurring from 2004 to September 2015, and arrived at the recommendation that Cognitive-Behavioral Therapy for Insomnia (CBT-I) should be the first choice of treatment for chronic insomnia. A second recommendation was for clinicians to […]

With a new semester beginning, campus-adjacent pharmacies might do well to stock up on ADHD medications. The startling truth is that the prevalence of ADHD medications on college campuses is astounding and may reflect dangerous misuses of the drugs. “Study Drug” Abuse Rising Studies on prescription drug misuse have found that between 7% and 33% of college […]

The Adolescent Brain Cognitive Development (ABCD) study, said to be the largest long-term study focusing on brain development and health of children in the United States, has recently started recruiting for volunteers. This landmark study, spearheaded by the National Institute of Health, will keep track of the development of around 10,000 children across the United […]